If you haven’t been following me on Facebook, you may have missed that I’ve been posting about a TV Show that I’m going to be on! It’s called Beyond Geek! It’s going to be airing on your local PBS Stations.  If you don’t see your area listed where it’s showing, please contact your local PBS station and encourage them to add it to your area! We are on the episode called 8-bit of Fun!

Check out the preview of the show here:

Talk to you guys soon!

The Smithsonian American Art Museum’s “The Art of Video Games” Exhibit will feature music by Computeher and 8 Bit Weapon! 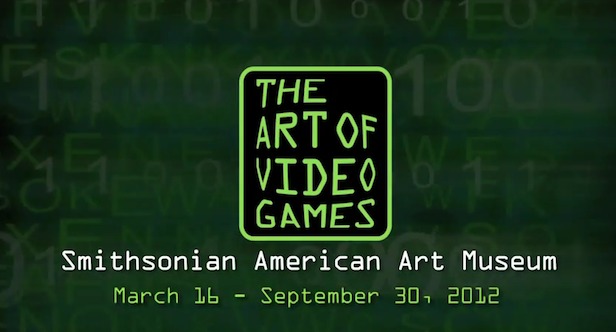 I will be returning to E3 with my other band 8 Bit Weapon this year with a new live show plus a special surprise for attendees! Come and see Seth and I play at the Video Game Museum (Booth #601) in the South Hall. Be there and be square! 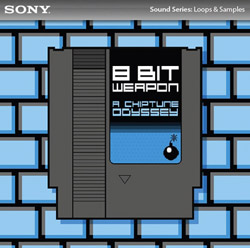 It’s been a long time coming, but the day is finally upon us. Today Sony officially released our new chiptune loop and sample library entitled “8 Bit Weapon: A Chiptune Odyssey” on CD & Digital Download. Our library of is a collection of sounds and FX from classic computers and consoles like the Apple II, Commodore 64, Atari 2600, Nintendo Gameboy, Nintendo Entertainment system (a.k.a. NES)! The sound library works with ACID, Ableton Live, Cubase, Garage Band, Logic, Soundtrack, and more! Users who purchase the “Green” Downloadable version of the Sony loop library will get our NEW MP3 album FREE plus an exclusive track “Break Beat Bonanza” as an added bonus! 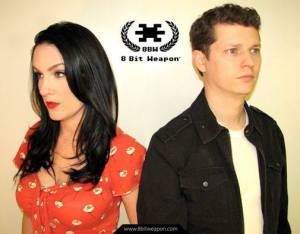 Coming Spring 2009 Sony Creative Software will be releasing our 8 Bit Loop Library called “8 Bit Weapon A Chiptune Odyssey” and a Special Digital Downloadable EP of new music! The library covers Apple II, Commodore 64, NES, Gameboy, and the Atari 2600. Each system library has everything from drums, bass and synth to special effects. Both 8 Bit Weapon and ComputeHer have featured demos built into the collection. Stay tuned for more details.

Plogue’s perfect chipsound recreations!
I’m featured in a new article on creativedigitalmusic.com that has some exciting new Soft Synth Emulation! I’ll be creating presets for this software so keep an eye out.

Check it out here or read it below:

You’ve heard the chip hype. But there’s something behind it: vintage digital chips can make wonderful sounds. And I’m thrilled that someone has painstakingly reproduced those sounds in an upcoming package.

Emulating analog circuitry, from amps to classic synths, has been long understood. But we’ve finally reached an age when people begin to appreciate the odd idiosyncrasies of digital technology, too. There hasn’t ever been a comprehensive attempt to emulate each detail of a range of 80s sound chips before – until now. Plogue (makers of the highly underrated Plogue Bidule patching environment) and David Viens have tackled just that as a labor of love, and you’ll be able to use the resulting “chipsounds” library later this spring.

Plogue’s chipsounds recreates the blippy personality of the Commodore 64, the Nintendo NES, the Game Boy, the Atari, the Vic20 – and circuit-bent and abused variations, too. It’s got a powerful artist endorsement from 8 Bit Weapon and Computer Her (pictured here). There are arpeggiators, noise patterns, distortion emulation, custom software, all built on the ARIA synth/sampling engine.

When analog synth emulation came out, we all got something more convenient, but it didn’t necessarily do wonders for the music. Here, I think the situation is very different. Many of the original chip instruments have woefully primitive possibilities for actual composition. (The Game Boy’s wonderful LSDJ and Nanoloop are a notable exception.) Compare that to the software emulations of, say, a Moog modular, which lost a lot of what was great about the original – the interface. You can’t necessarily say that about the AY-3-8910, unless you’re the Ludwig van Beethoven of Assembler. (If you are – we love you.)

And the chip scene has also matured to the point that it’s ready to break out a bit. Getting these emulations on computers can help warp them into music and sound ideas they haven’t discovered before. I believe these sounds are really something special, not just a novelty.

I personally can’t wait to use this.

We have extensive details from a Plogue flyer – you can get it here on CDM, or if you’re on the floor of NAMM, you might get it from the Plogue guys themselves.

And if you want to hear these sounds making fantastic music, go give the artists a listen:

ARIA is an important announcement; I’ll be catching up on news from Gary Garritan soon.

We’ll have sound samples of this too, as well.